Saul Isaksson-Hurst is an experienced premier league academy coach having spent 6 years at Tottenham Hotpsur FC and 4 years at Chelsea FC’s Academy as a Foundation Phase skills specialist and is founder of mypersonalfootballcoach.com where he is director of coaching. Saul talks about the infamous ‘Locking On’ skill that is promoted in football’s elite set ups. 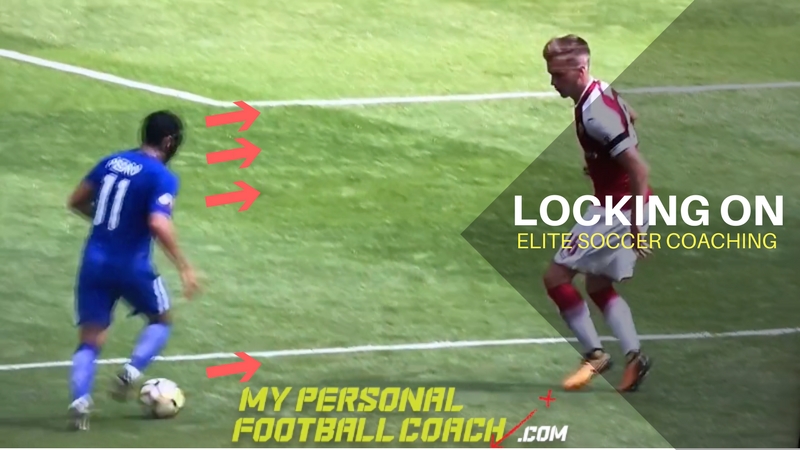 If your lucky enough to be Working in an elite coaching environment or able to see access to advance coaching you may have heard the term ‘lock on’. This term is often used by coaches and players to describe what a player should do out of possession, locking onto an opponent. Recently I have come to use this term in a roll reversal, instead encouraging players in possession to ‘lock on’ to defenders, just like a fighter pilot where the term originates from, once in possession, lock onto to a defender, lock on to your next victim, lock on to the next player you can dominate with 1v1 and take them out of the game!

This may sound counterintuitive to many coaches, which doesn’t surprise me as much of football coaching is:

1. Based around team outcomes, keeping possession, letting the other team have possession.

2. Playing towards percentages. Don’t take too many risks, don’t give the opposition the chance to hurt you.

This is exactly where we, as youth coaches, interested in long term player development must challenge and question these norms. I argue that we should be encouraging and developing players who are not only confident to try things but seek out risks, seek out opportunities to change games.

What can be done differently?

Let me explain in detail. I argue that within the foundation phase we should look at our practice and curriculum design and examine whether it is really targeted to creating individuals. How prominent are outcomes such as possession, defending as a unit, playing through the 3rds. Im not saying that these are areas that you as coaches shouldn’t work on, I’m asking to measure them against outcomes such as 1v1, technical balance (both sides) and excellence. Let me clarify, I’m not suggesting doing less game time, as people who know me and understand my philosophy will testify, I’m a big proponent of opposed practices, I argue however, individual, creative, skilful outcomes will be much more prominent in 1v1, 2v2, 3v3 & 4v4s In comparison to a 7v7 or a 9v9.

Do we as coaches measure our success with the result of the game on the weekends or how the game looks? These are potential issues as a game may look pretty, lots of quick play, possession, solid defending etc…but does this really mean long term these players are developing as individual game changers?

Back to my players with attacking instinct… we need to develop that killer instinct in players support them in developing capability of identifying where there is a potential to take an opponent out of the game.

This means potentially dribbling towards an opponent first rather than away from them. This again may sound illogical to some, but to a 1v1 player with killer instinct they will understand it’s much better to control the environment rather than letting the defender dictate play.

Defenders will have been Coached from a very young age to dictate the play, force the attacker a certain way, slow them down, wait for them to make a mistake and then try and win it. I work with a lot of forward players and we try and turn this on it’s head…this is when as an attacker you must lock on,  identify the defender and drive towards them. This is again when we must challenge convention or natural instinct. For example, a wide player picking up the ball in a 1v1 against the full back may instinctively dribble down the line into space, now there’s nothing necessarily wrong with that, the only problem is that this is most likely where the defender wants you to go…away from goal … cutting down the space …slowing the attacker down. I suggest flipping this, drive directly towards the defender, try and take them inside, on to their back foot, then either explode down the line into space created or cut inside (this carries more risk, which is ok but player must be aware ball may not stay safe side).

Here the player has taken control of the 1v1, locked on and then exploited. The attacker may not necessarily have to go past the player, just create enough space to shoot or pass/cross. Zidane used to be famous for this, coming in from the left for Real Madrid, driving straight towards a defender and with impeccable timing performing a ‘scissors’ or Ronaldo StepOver and going past the defender.

Check out Pedro here for Chelsea that I put together, watch his movement in and out, locking on to defender and then exploiting space he has created for himself.

Prime Example of Pedro ‘Locking On’!

Watch how he engages the defender, takes him inside then explodes into the space!

As an Ajax Coach once told me, “a successful 1v1 beats any tactic or formation”. We have to give players the opportunity and the freedom to express themselves and develop these qualities. Free them from the shackles of 1 or 2 touch play at all times. Free them from the formality of working on defensive shape or possession and let them run free in 3v3 and 4v4s, recreating a playground type environment, an environment where game changers are born.

As anything, if we want players to improve at something we must give them the opportunity to practice. If you are brave enough to encourage your players to stay on the ball try and make mistakes you will see the benefits of this bare fruits down the line. Its no coincidence that clubs like Ajax, Schalke, Dinamo Zagreb, Tottenham Hotspur, and Belgium FA have 1v1 as a key pillar of their philosophy and that they are some of the most successful player developers in world football at the moment.

For more professional tips, drills and exercises, get your subscription to the Dynamic Ball Mastery programme; the worlds leading online technical soccer resource. 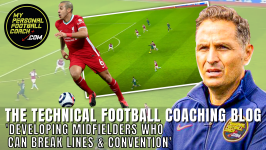 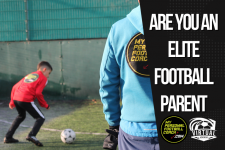 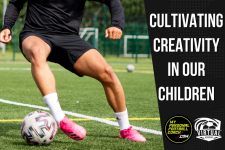